You are here: Home / Travel / 5 Things I Love about Disneyland Paris 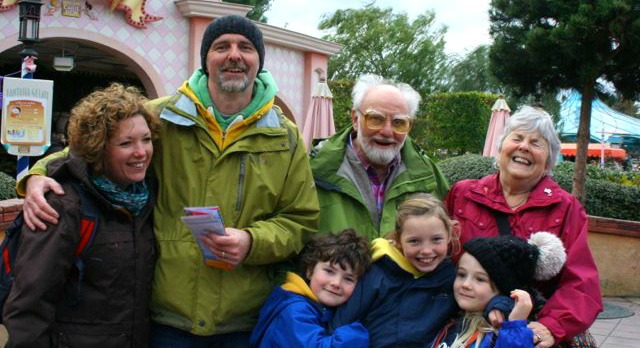 This half-term, I went to Disneyland Paris with my family. It was so exciting, I thought it would be like a million miles of fun but it was actually three million miles of fun. It was so good!!! We took a plane to Paris and then a bus to Disneyland, where we stayed at the Disneyland Hotel. This is my favourite hotel because it’s luxury, it has leather chairs and people open the doors for you. Also, everything is golden and red – those are royal colours!

What’s great about the hotel is you can go to the Parc early – at 8am. We got up early every day for breakfast and we could go on some rides without there being lots of people in the line. Our hotel also gave us a special pass we could use at another time during the day to not queue up for a ride.

Here are my six favourite things about going to Disneyland Paris:

This is the fastest ride in the universe, there were two loop the loops and we went upside down twice and it was AWESOME! My Mum screamed her head off the whole way through and at the end someone sitting in front of us said “You alright back there?” and Mum said “No, I think I just died of fright.”

We went to see Stitch Live which was very clever because Stitch is on a big screen and it is interactive. He pointed a kid out and said he recognised a person at the back who escaped from Space Prison, and he also took a picture of the kid in the audience and turned it around and showed it to us. Afterwards, I bought a little blue Stitch soft toy, and he is very cuddly and he is here with me right now, wearing an explorer hat.

On this ride you sit in a space cruiser – it’s not fast – but you go along with a laser gun and shoot the targets. You can spin your cruiser around, too. Then you go through a whole Toy Ship and go past Zurg. The targets move, and you score points, so you can have a competition with your family to see who gets the most points. I once got up to Level 6 on this game. It is one of my favourite rides at Disneyland Paris.

Remember the remote controlled car in Toy Story? He is called RC, and RC Racer is a ride where you need one of those bars that comes over your whole body not just across your tummy – that’s how you know a ride is going to be really fast! In RC Racer you go forward and back on an orange track and you start going backwards on a U shape. It is a little scary, especially when you are vertical, but me and my cousin Annie just shouted “Yeah bring it on!” all the way through the ride. Last time we went to Disneyland, I was too small to have a go on this ride, but I have grown and am now 120cm, YAY!!!

This is a ride where you go straight down a pitch black hole and it’s really fast and shoot off in all directions and me and Annie shouted BRING IT ON all the way through but my cousin Harry wasn’t so keen because it is very noisy. There are dynamite explosions because Thunder Mountain is like a train going through a mine – it’s the wildest ride in the wilderness!

Crush’s coaster lets you sit on a turtle that is like the turtles in Finding Nemo that say, “Hey, little dudes” and it goes really fast and you spin round and you go up and down and splash around and go everywhere! I like this ride because it’s fast, pitch black, scary and awesome!